I’m not sure. Lately you’ve been very weird.

Yes, lately. Do I have to spell it out in big bold letters?

No. I get the picture.

So what are you going to do about it?

I dunno. I’m thinking about doing exactly nothing at all.

Nothing at all?! Are you out of your mind?!

Ok, ok. Never mind. What about the picture?

Oh, that picture. I’m not sure yet. Trying to figure it out as I speak.

What are you on about? I was here a week ago, remember?

Oh, yes…so you were. I had kind of forgotten that.

How do you forget me, Friday – the day of all days?! I mean, I  could understand you forgetting Monday…but me? I’m offended.

I’m sorry. All days are kind of the same to me lately.

What a lame excuse. I’m not even sure it is an excuse. Is it?

Geeez, you better get your act together. Like yesterday.

Oh, just the latest from the MoonieZ front.

I see. Nothing much going on there.

What do you mean?

We all know you have no life so what could possibly be going on?

Sure it is. I know why. Because there’s nothing to tell.

Ok. you got me. There’s nothing going on and I have no life. Happy now?!

Lately, I’ve been watching a lot of episodes of the show Louie (starring the comedian Louis CK).

Somehow I find myself laughing at situations and jokes I didn’t imagine I would ever find funny. Is this a sign my increasing immaturity or is it a sign of the opposite?  I’m not sure.  All I’m sure of is that I like the show.

Perhaps I like it because I can relate to it in some ways.  Or rather in a lot of ways. The feelings of awkwardness,  embarrassment and failure  in dealing with members of the opposite sex being the most obvious.

What I can’t relate to at all is the almost constant swearing. However, I don’t mind listening to it, I just don’t do it myself. Not a lot.  And at least not in front of other people.

Maybe Monty Python‘s most famous sketch, and one of my favorites . If you haven’t heard it, give it a listen. If you have heard it, listen again.

Ok, so I had to find something to write in the headline space. That was just to stop you from asking who the eff is Will or what the eff is will?

Well I know what a will is and I have a will but I don’t know anyone named Will unless you count the guy at the supermarket who’s always yelling at somebody behind the scenes… Anyway I would really like to know.

Ok, fine. You woke up on the wrong side this morning it seems. With that sunny attitude you could get a job at a burger joint.

I wasn’t trying to.

Ok, ok – don’t yell at me I’ve got pretty good ears. In fact they’re so good I’ve had them insured. Do you want to know for how much?

NO! I want to get on with this update.

Thank you. This update will be about the will to survive when facing the most incredible dangers known to mankind.

I’m getting to that. Would you please shut up?

Thank you. Ok, back to business. These dangers are …Actually I don’t know what they are. I only came up with the word ‘will’ to have something to write. I do apologize for the inconvenience.

Yep, this is pretty much it….

Brain is where it’s at anyway.

Returning to the scene of the crime…once more. In stereo.  Well what happened was this.

Once upon a time there was this young innocent dude. Let’s name him MoonieZ just to make it easy on everybody reading and wondering what all this is about all of a sudden. So, there he was – the mild-mannered forest creature MoonieZ. An outcast in a land of strangers at the local high school or gymnasium as it is called in Swedish. However for the sake of clarity to the international audience I’ll use the term high school throughout this story of … Yes, just what is this story going to be ? Do we have a clue ? If you shut up and read on it will eventually be revealed. *Burp* Right, and just where did you get the delusional idea you have an international audience reading  this? Because you toy with a lot of artsy-fartsy words and pretend to know what they mean? If you’d shut up for a second or two, you’d find out. I can’t believe I let you ruin my blog posts over and over again. I know why that is. You do? Yeppers, because you’re soft, got no backbone, can’t stand up for yourself…Easy as …easy is. Whatever you say – but this post is now digressing which means I’ll have to cut you down to size. That’s rich! As if you’d dare! Just watch me…There, you’re punctuated, figment ! Ouch…

So, where were we? Oh yes, our hero MoonieZ was an outcast in a land of strangers at the local highschool. This was nothing new to the shy and innocent MoonieZ. In fact, all through his history of attending educational institutions MoonieZ had been as invisible as a white wall. Not that it makes much sense but it looks good on the page. I presume you all are reading this on the iPad so you’ll experience this story the way it as meant to be presented by the author. If not there’ll be an author’s approved version available as a Special Edition in time for the Christmas Season.

Ok, so there he was. Stranded in a world he never knew, going about his lonely business walking endless hallways and byways to get where he was going which was often a destination unknown – or as often as not – the classroom.

On this particular day in January, in the year of Our Lord 1986 (Yes ,I am THAT old) MoonieZ had just begun another semester and was eager to meet all his friends and classmates again after having spent his Christmas alone at home with his parents and frequent daydreaming of a particular girl he had been secretly in love with for the better part of a year without ever speaking a word to her or to anybody else for that matter… Well – not speaking a word about his feelings for this incredibly beautiful girl, that is. MoonieZ did speak occasionally. When it happened it often blew the mind of anybody listening and was immediately written down and archived as a rare and unique moment that had to be preserved for all time. I’m kidding. Nobody cared what MoonieZ said or if he said anything. Sometimes a teacher or two might care. Especially if a question had been asked of MoonieZ to answer regarding whatever subject the teacher asking was teaching at the moment when the question in question was asked. Otherwise, MoonieZ shut up. When he wasn’t talking to himself – which was more often than not (all the frigging time, man, all the frigging time! didn’t I tell you to shut up? yup, sure. so why the hell are you speaking? *pffft* if you can’t figure that out i refuse to call you author. right…back to the story) – he’d be talking to his two friends in school: The Intellectual and Nose-picking Drummer. These guys were just as outcast as MoonieZ which means that they soon formed a triumvirate and started to share their view of the hard cold world with each other at lunches and other breaks between classes. Usually they had spot to sit on the floor at the end of a very long hallway through which hundreds of other kids (teenagers, young adults, students…whatever) would pass along without ever taking notice of the strange trio being absorbed in one of their legendary debates over what was wrong with the world and how it could be cured if only the people of the world elect them as dictators with unlimited power to rule.

Starting to be slightly lost among the many pieces of this story I will be right back after these messages:

Blue cheese ! Because its good for you! (Maybe not as good as it should be but …this is how we try to sell these things…)

Do you ever dream of leaving home never to return?  Check out One-Way package tours. Once you go, you’re gone forever…

I’m back! Part two of this little story will follow as soon as its written. When? That information is unavailable at this time.

Posted a clip by these guys last year after seeing it on TV and nearly laughing myself to death. So I started looking around YouTube for more and found some really funny stuff I just have to share with my beloved readers. I might be the last person on Earth to discover the awesomeness of the Axis of Awesome but so be it.

Songs To Sing Along To

How To Write A Love Song

What Would Jesus Do ? 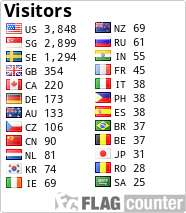